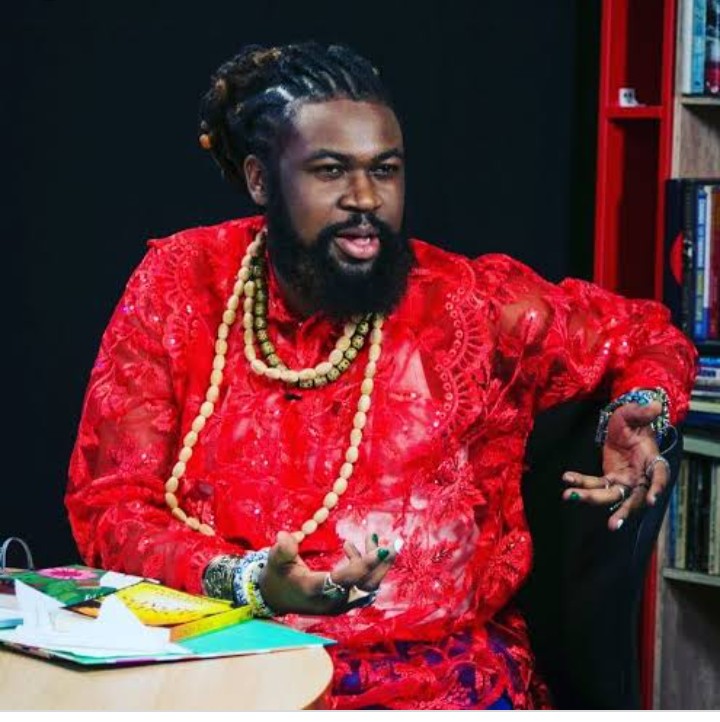 Nigerian filmaker, Onyeka Nwelue has said that the club owner and Socialite Obi Cubana should not be considered a rich person because he flaunts his wealth on social media, aso Naija reports.

The filmmaker took to his Instagram page and revealed that rich people do not spend lavishly. 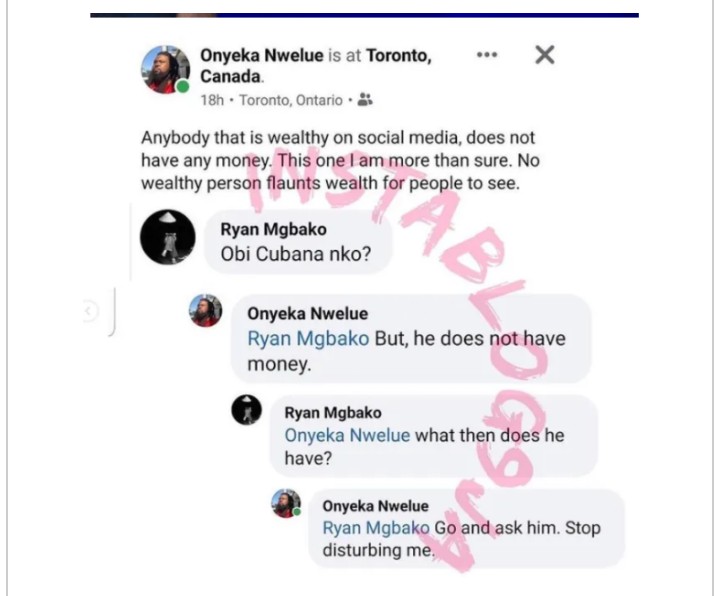 Onyeka Nwelue (born 31 January 1988) is a Nigerian filmmaker, publisher, talk-show host, bookseller and author whose book Hip-Hop is Only for Children.

He won the Creative Non-Fiction Book of the Year at the 2015 Nigerian Writers’ Awards.

He adapted his novella Island of Happiness into an Igbo-language film, Agwaetiti Obiụtọ, which won Best Feature Film by a Director at the 2018 Newark International Film Festival and went on to be nominated for Best First Feature Film by a Director and the Ousmane Sembene Award for Best Film in an African Language at the 2018 Africa Movie Academy Awards.

Island of Happiness was inspired by true events in Oguta. Nwelue is the founderof La Cave Musik, a record label based in Paris, France, and co-founded the UK-based publishing house Abibiman Publishing.

Nwelue studied Sociology and Anthropology at the University of Nigeria, Nsukka, and earned a scholarship to study Directing at the Prague Film School in Czech Republic.

He is currently a visiting assistant professor and Visiting Fellow of African Literature and studies in the English Language Department of the Faculty of Humanities, Manipur University in Imphal, India.

He was a Visiting Research Fellow at the Center for International Studies, Ohio University, where he spent time in Athens, Ohio.