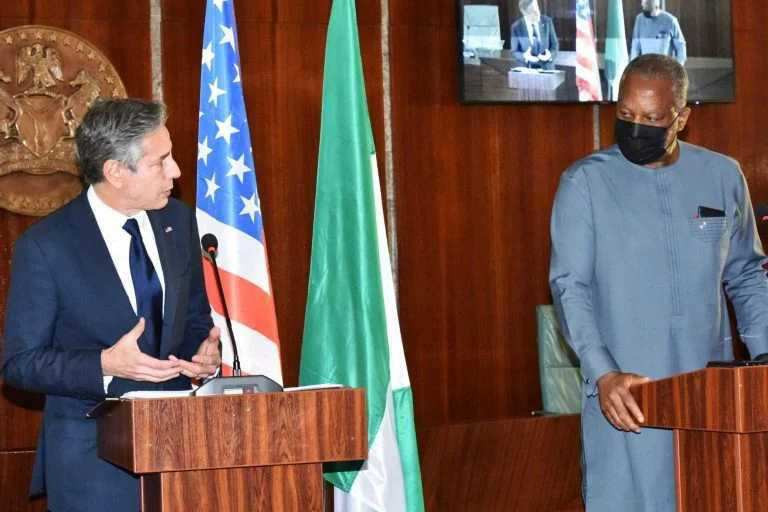 Antony Blinken, the united state Secretary has asked Nigeria federal and Lagos State governments to take action on the report of killing of #EndSARS protesters by soldiers and policemen on the night of October 20, 2020 at the Lekki toll gate in Lagos, aso Naija reports.

Antony Blinken said the United state is urgently waiting for Nigeria to probe everyone involved in the massacres.

Speaking on the widespread description of the Lekki toll gate incident as a massacre, the panel, in its report, declared at least nine persons were killed by security agents at the toll gate.

The panel report listed 48 names as casualties of the Lekki incident out of which 22 protesters sustained gunshot injuries, while 15 others were assaulted by soldiers and police.

The panel said, “The atrocious maiming and killing of unarmed, helpless and unresisting protesters, while sitting on the floor and waving their Nigerian flags, while singing the National Anthem can be equated to a ‘massacre’ in context.”

The report added, “From the evidence of General Taiwo on pages 6, 7, 21, 22, the panel finds that both blank and live bullets were fired by the Nigerian Army at the Lekki toll gate on October 20, 2020, for the following reasons: “Apart from the military men in uniform, the Army left its base with vehicles, rifles and guns, which contained both live and blank bullets. General Taiwo admitted at page 22 that the Army went to the Lekki Toll Gate with live ammunition.

“As of October 30, 2020, when the panel visited the Lekki Toll Gate for its on-the-spot assessment, it was still able to recover two bullets shells which were duly analysed by the forensic expert hired by the panel, Sentinel, who is very familiar with weapons used by the Nigerian Army.

“These bullet shells were said to be the same as or similar to the ones normally used by the Nigerian Army and they were expended shells, meaning they were fired live at the Lekki toll gate.

“Petitioners and witnesses appeared before the panel to give vivid accounts of shootings by the Army into the crowd of protesters. The panel finds their testimonies credible being eyewitnesses’ accounts and would ascribe probative value to their testimony over that of General Taiwo who was not physically present at the Lekki Toll Gate.

“The panel finds as credible, the case of the #EndSARS protesters that soldiers shot directly at protesters at the Lekki toll gate on October 20, 2020 as confirmed by Lagos State Ballistic expert, Willie-Harry, on page 244 that some video evidence indicate ‘… instances where troops were seen to be re-arming their weapons before either discharging them to the air or purposely in the direction of the protesters …’ 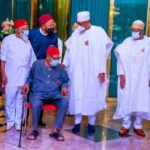 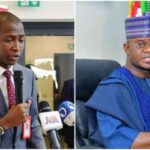