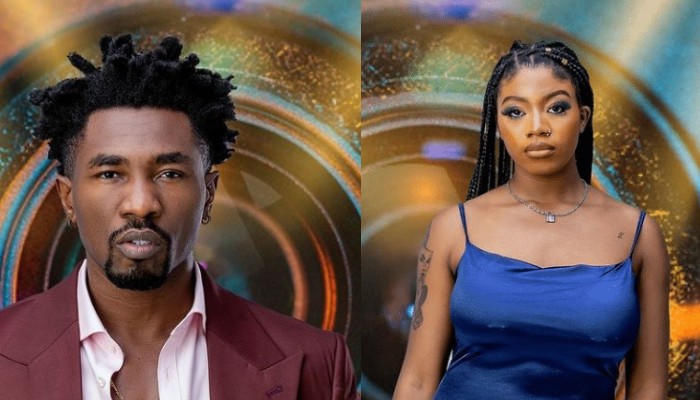 Former Big Brother Naija finalist, Angel, said that she would never talk to Boma again because she doesn’t want to be part of any pessimistic thing around her, aso Naija reports.

Angel made this known in an interview with the show host, Ebuka Obi-Uchendu, as she discussed her stay in the house.

During the interview, Ebuka reminded Angel that she once said she would never talk to Boma again. He further asked her if that utterance still stands and she replied in the affirmative.

“Yes it does, because I don’t want to be a part of anything negative,” Angel said.

In an argument that ensued between the duo in the sixth week of the show, Boma told Angel that coming to BBNaija was her greatest achievement.

The comment angered Angel and she lambasted him, telling him that he would see what will become of her after the show.

He told Angel, “This will be your biggest achievement in your life. Look at this idiot.” Boma also called Angel a bast*rd and a mentally ill patient and she started lambasting him in anger.

Reacting to the clash, Angel’s father said, “Nobody has the right to dictate how far you go in life, but you. Bullies are usually cowards with an inferiority complex. Stand up to them and they’d shrink! Angel will never, I repeat, never be intimidated.”