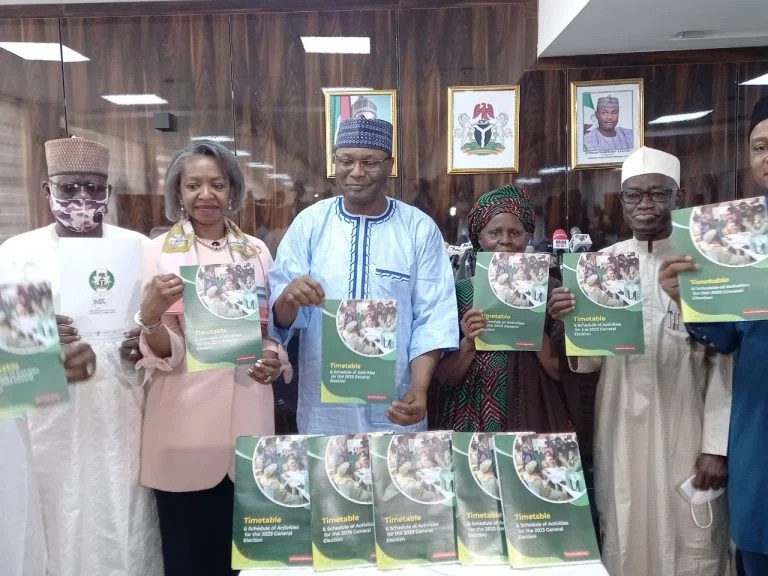 The Independent National Electoral Commission has extended the 2023 Presidential election from February 18 to February 25, 2023, following the late signing of the Electoral Act by the President, Major General Muhammadu Buhari (retd.), aso Naija reports.

This was announced by the INEC Chairman of the commission, Prof. Mahmood Yakubu, at a news conference in Abuja on Saturday.

The INEC boss also said the electoral guidelines will also be published in due course.

The new Act states that INEC must be able to publish the notice of election at least 360 days to the polls.

Several groups had called on the President to sign the bill before February 22, 2022, in order to ensure that INEC would not need to change the date in conformity with the Act.

However, after much delay and plead from INEC, Buhari signed it on February 25, 2022.