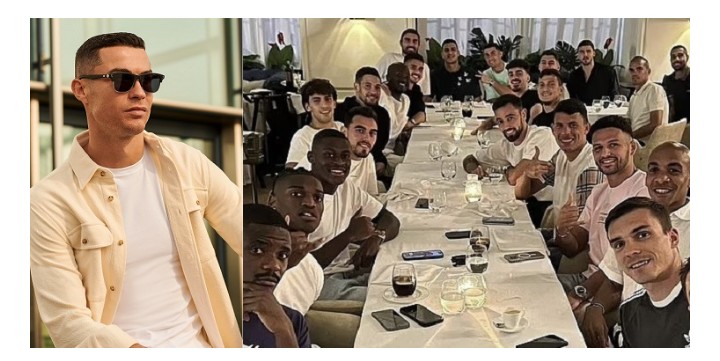 Portuguese footballer, Cristiano Ronaldo  took his Portugal team-mates out for dinner at the World Cup in Qatar following their win against Ghana.

Ronaldo who scored from the penalty spot in Portugal’s opening 3-2 victory over Ghana in his first match since his exit from Old Trafford, spent quality time with the Portuguese squad by going for dinner after Fernando Santos gave them a break away from training.

Only Jose Sa, Joao Cancelo and Bernardo Silva were missing after they went to spend time with their loved ones According to El Espanol, Ronaldo took his teammates out for dinner at the recently opened Tatel de Doha restaurant on Al Maha Island – which the 37-year-old star has links with. He also reportedly picked up the tab.

The Tatel de Doha belongs to Mabel Hospitality, which has Ronaldo and tennis legend, Rafael Nadal, among others as partners of the company.

Cristiano Ronaldo hosted dinner for the team after their win against Ghana. pic.twitter.com/nV1RxZbh0u

They were out until 11.30pm before the national team picked up the players on their own bus. 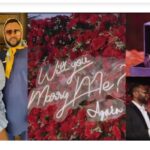 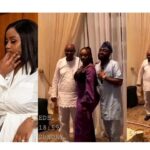