The couple have been through a tough time together following the loss of their son, Ifeanyi Adeleke.

Gistlovers blog has alleged that the singer secretly got married to Chioma after their son’s death, read HERE

The traditional wedding which was done in his father’s house, had few family friends in attendance with no camera allowed.

Recall that Davido had vowed to marry Chioma next year, but after the tragedy happened, the singer speedily wedded her.

The traditional wedding was held on November 6th, to console Chioma and assure her of her place with Davido.

Their registry is coming up sometimes next week, though, the couple are still mourning the lost of their son.

Recall that months back the singer had hinted at tying the knot finally with fiancée, Chioma Rowland. The music star dropped the hint while he was away in London, on a visit to famous clergyman, Pastor Tobi Adegboyega.

In a video which made rounds, pastor Adegboyega was seen hugging Chioma’s while saying “our wife, our real wife”. Davido responded by saying”hundred percent, going down 2023″ which indicates that he may finally be tying the knot with his baby mama. 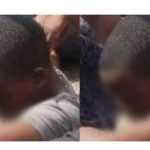 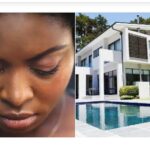