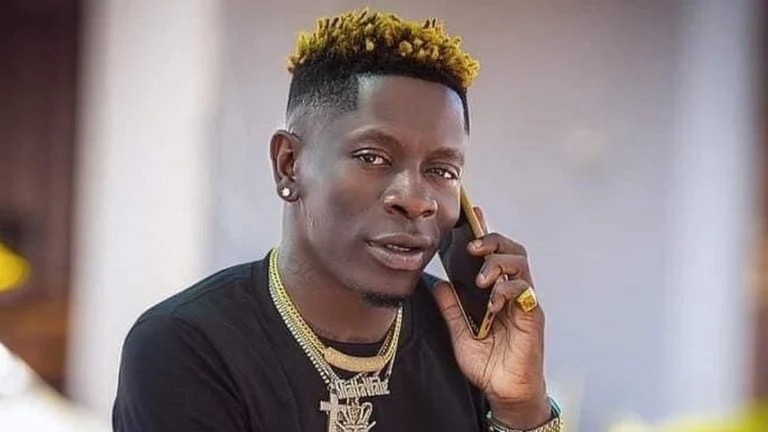 Ghanaian Police Force Search For Shatta Wale After Being Shot

The Ghanaian Police Service is currently searching for popular Ghanaian dancehall musician, Shatta Wale, who has been reportedly shot by some unknown gunmen, aso Naija reports.

According to several posts which have surfaced online, the reggae singer was shot at East Legon in Ghana.

Moreso, the singer’s representative, Nana Dope, revealed that the singer is alive and has been taken to the emergency ward of a hospital.

Dope posted via his social media account, “Thanks to all those calling to check up. The king is still at the emergency ward receiving treatment. The gunmen are still on the run. Thanks to Ghana police.”

A statement released by the Ghanaian Police Service via a Facebook post noted that they are taken steps to locate the multiple award-winning singer.

The statement which is titled, Ghanaian Police investigate claims of shooting incident involving Shatta Wale reads, “The attention of the Police has been drawn to the widely circulated news on the alleged gunshot-attack on one Charles Nii Armah Mensah popularly known as Shatta Wale.

“On hearing the news, the police have launched an investigation into the matter including making contacts with some of his close friends and family members and all of them claim not to have knowledge of his whereabouts or the alleged incident.

“A team has visited the house of Shatta Wale and he cannot be found there. Over the last few hours, the Police have searched and continue to look for Shatta Wale at hospitals in Accra. Whilst we continue our investigations, the Police is appealing to the public to provide any information concerning the whereabouts of Shatta Wale to the numbers 18555, 191 and 0302773906.”

BabyMama Pero :I Advised Annie To Work On Her Marriage With 2face
POS Operator Buys Latest Benz, Nigerians In Shock