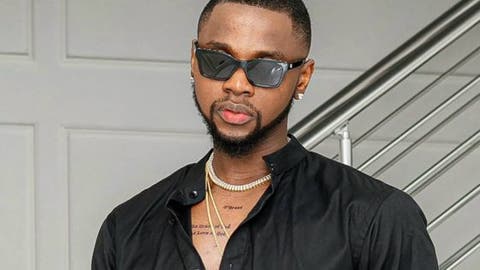 Kizz Daniels has announced his decision to quit smoking cigarettes in celebration of his 28th birthday today, aso Naija reports.

Speaking in a video he shared on his Instagram page, the popular singer said he made the decision to quit smoking for the sake of his children.

He then brought out a pack of cigarettes, broke some sticks, and threw them all on the floor.

The singer also advised those going through addiction and said, : “Those of you still struggling with this addiction, it is not cool and it is not good. Trust me!

He is best known for his singles “Woju” and “Yeba”. He went by the stage name Kiss Daniel prior to changing it in May 2018.

Continue Reading
You may also like...
Related Topics:Kizz Daniel

Nigerians Don’t Lie Unless We Want To Scam You – Burna Boy Tells Foreigners (Video)
You Can See It, You can’t touch it” – Tonto Dikeh Reacts After Mistakenly Showing Her B*tt Trying To Somersault (Video)