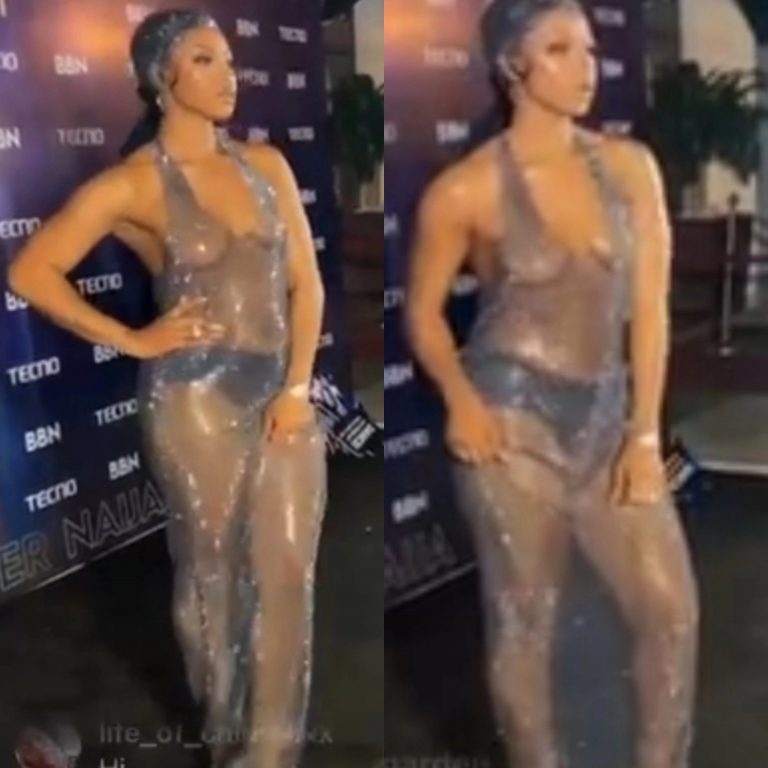 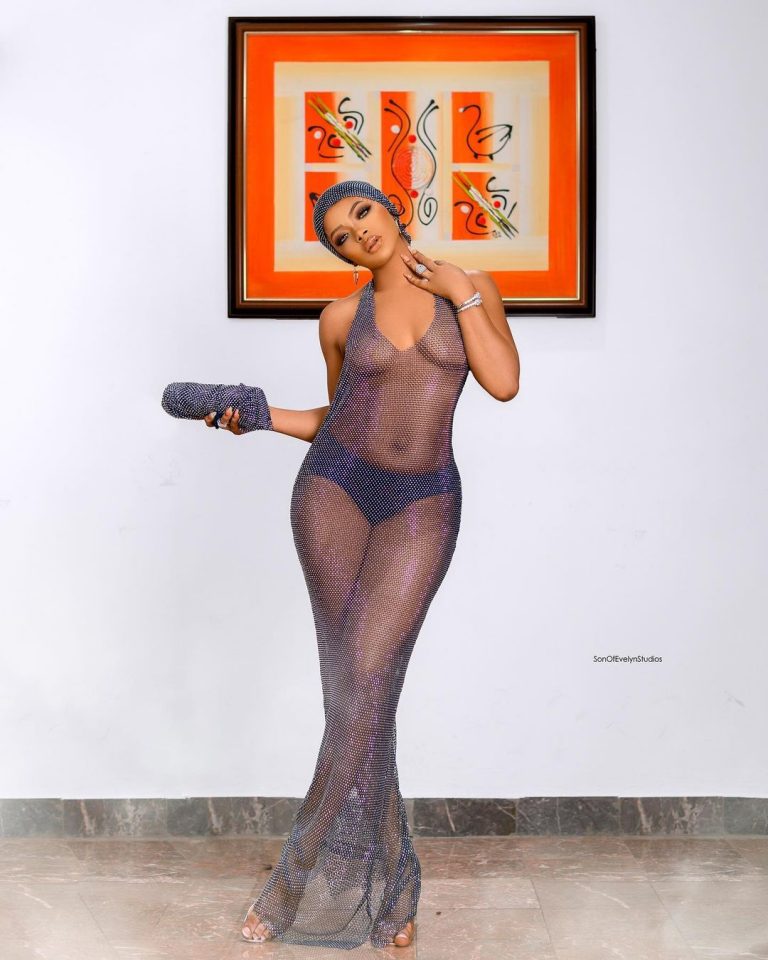 Liquorose graced Lagos event in a see-through dress without a bra.

The see-through shiny dress clearly highlighted her black panties and her skin-coloured silicon bra pads were used to cover her breasts.

Liquorose rocked the dress with a matching head scarf, a glittering purse and a pair of shiny sandal heels.

Aso Naija gathered that the reality star might have gotten inspiration from the international pop star, Rihanna, who rocked something similar some years back.

Her black underwear was also on display as she posed for photos on the red carpet. 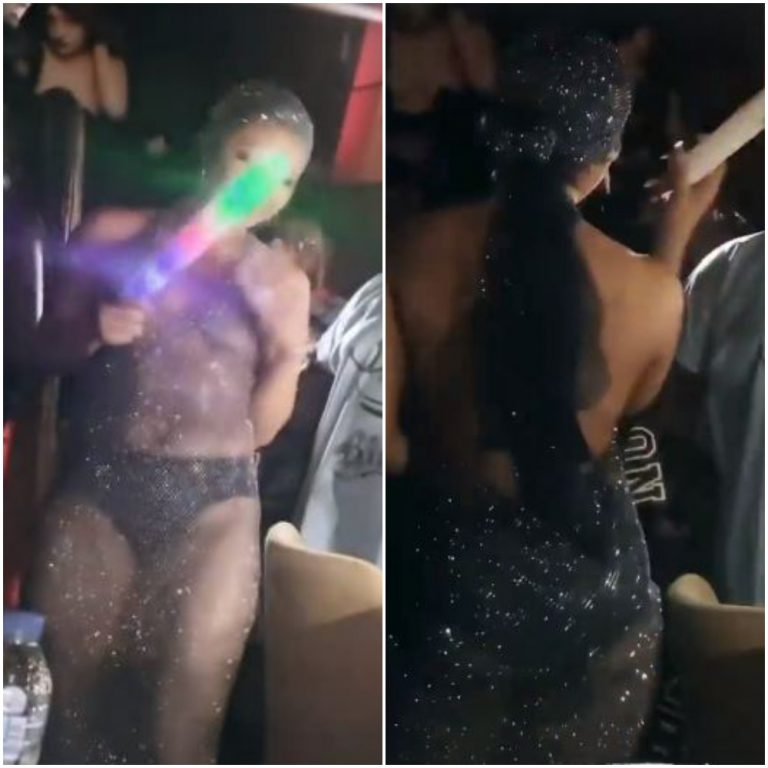 Fans of the reality star have since registered their opinions on different social media platforms after seeing a video of her in a see-through dress with no bra.

See some of the reactions below;

peters.miracle wrote; ‘This doesn’t fit her personality at all’

reina_nwanyioma wrote; ‘If you can’t walk in it why wear it?’

dexterous_better wrote; ‘This set of hm be doing the most of nonsense in the name of staying relevant’

dexterous_better wrote; ‘This set of hm be doing the most of nonsense in the name of staying relevant’