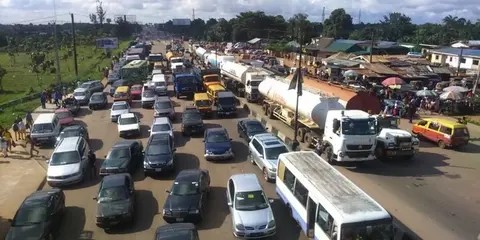 Students of the University of Benin earlier today protested on the Benin-Ore-Sagamu over the ongoing strike by the Academic Staff Union of Universities (ASUU), aso Naija reports.

The UNIBEN students expressed their anger over the strike of university teachers, urged the federal government to heed to ASUU demands.

The News Agency of Nigeria (NAN) reports that the protesting students carried placards with various inscriptions such as “5 years course has turned to 7 years; “FG settle ASUU” and “Enough is Enough.”

Leading the protest, the President of the Students Union Government (SUG) in the institution, Foster Amadin, said they had been frustrated by the perennial strikes by the academic union.

“Since two days now, we have been to our classes and there have not been lecturers to teach us. So we have nothing to do.

“We asked what was happening and they told us ASUU is on strike again; that they are on one-month warning strike.

“So we now felt that we should come to the street to say we are tired.

“We hereby express our grievances to the federal government, to the state government and whoever cares to listen and. We say we are tired.

“We want to graduate. For a programme that is supposed to run for four years, we are spending five years and even more. We don’t want it anymore.

“All we want is to go back to our classes. I want to graduate, I want to leave the school. I am tired and that is our grievance,” he said. 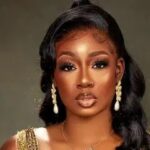 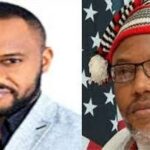