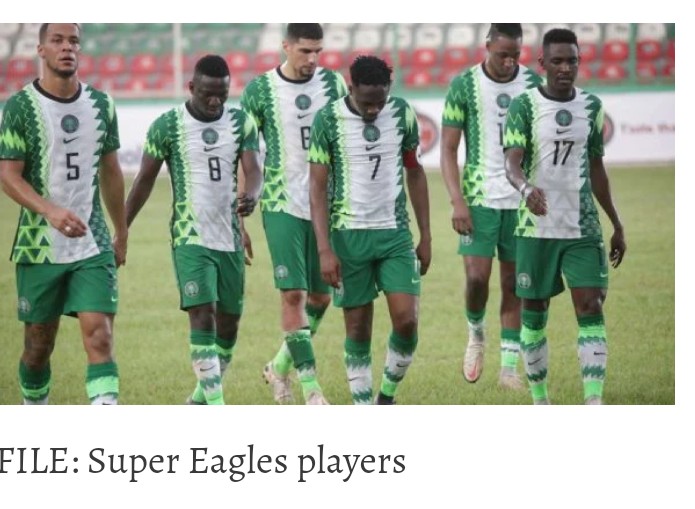 BREAKING: Nigeria Falls Out Of 2022 World Cup After Match With Ghana The Super Eagles of Nigeria have fallen out  for the 2022 World Cup after drawing Ghana 1-1 on Tuesday, aso Naija reports

Ghana qualified on an away goal advantage.

Nigeria hosted arch-rivals Ghana in the second-leg of the 2022 World Cup playoff on Tuesday at the Moshood Abiola National Stadium in Abuja.

Nigeria failed to win their match against Ghana in Abuja on Tuesday to be able to qualify for the World Cup which would have been the country’s fourth successive appearance at the global tournament.

Arsenal midfielder Thomas Partey scored the goal that took Ghana to the 2022 World Cup in Qatar as they forced a 1-1 draw in Nigeria on Tuesday to win the African play-off on away goals.

Partey struck after 10 minutes in Abuja and although another Premier League star, William Troost-Ekong, levelled from a 22nd-minute penalty, Nigeria failed to score again. The first leg ended goalless.

The Black Stars of Ghana are back in the World Cup finals after qualifying in 2006, 2010 and 2014, but missing out four years ago.

To boost support for Super Eagles, civil servants in Abuja were given a half-day and free transport was arranged from the suburbs to ensure a capacity of 60,000 crowds cheered on Nigeria.

But the home team fell behind early on when Partey’s shot from outside the box slipped between the hands of goalkeeper Francis Uzoho and into the net.

It was the latest in a series of blunders by Nigerian goalkeepers with Maduka Okoyo blamed for the Tunisian goal that knocked his team out of the recent Africa Cup of Nations at the last-16 stage.

Troost-Ekong was the calmest person in the cauldron of noise midway through the opening half as he sent Ghana goalkeeper Jojo Wollacott the wrong way from the penalty spot to equalise.

Napoli forward Victor Osimhen had the ball in the net for Nigeria soon after, but it was ruled offside after a VAR check.

Nigeria applied constant second-half pressure, but could not break down a Ghana defence marshalled by Leicester City centre-back Daniel Amartey.

Ghana started the two-leg tie as underdogs after a dismal showing at the Cup of Nations in January, with a loss to minnows the Comoros condemning them to a humiliating first-round exit, AFP reports. 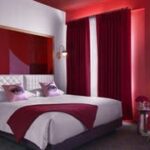 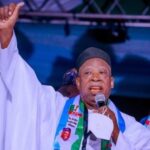