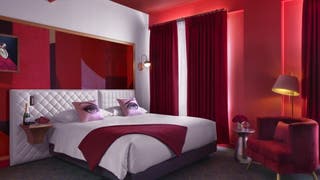 I Have Slept With Many Women, I’ve Lost Count – Ghanaian Singer Gyedu Blay

Veteran Ghanaian Highlife singer, Gyedu Blay Ambolley has revealed that during his young times, he had sexual intercourse with a lot of women, aso Naija reports.

Sharing his life and sexual experiences with Agyemang Prempeh on Legends on TV XYZ, Ambolley stated that during his young age, a lot of women were attracted to him.

Gyedu Blay Ambolley was one of the popular musicians in the 90s. He was known for his  lyrical prowess and his sense of humor.

It would not be any news that a lot of women were attracted to him due to his personality.

According to him, people had the impression that a young man who dates multiple ladies, is a strong and courageous person hence your peers give you that respect.

He confessed that he had had sexual escapades with a lot of women of which he has lost count.

“Having sxx is a normal thing in life. I’ve slept with so many women which I doubt I can count sometimes, I can be visited by the 3 women in just a day.

In your prime, you have the energy and people will be hailing you when women keep visiting you from time to time”, he told the host.

Continue Reading
You may also like...
Related Topics:Celebrity lifestyle