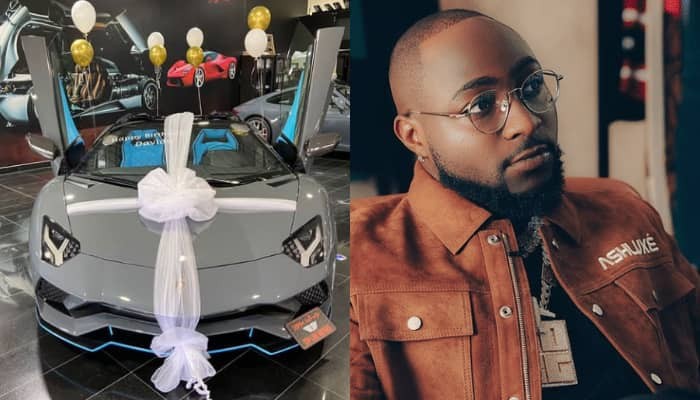 Former presidential spokesman, Reno Omokri, has asked Nigerians to direct their anger over the country’s economic situation towards the President, Major Gen. Muhammadu Buhari (retd.), whom they elected as their leader.

He said rather than venting their anger on fellow private citizen and singer, David Adeleke, known better as Davido, over the nation’s sorry state, such should be reserved for the President.

The Afro-pop singer bought a luxury Lamborghini Aventador worth over N300,000,000 as an early Christmas gift for himself.

However, the singer, on Wednesday, received knocks from Twitter fans after he lamented the cost of clearing his Lamborghini at the Nigerian port.

The Afro-pop singer had called for prayers for the country as he decried the amount he had to pay for the clearance.

“You don’t even wanna know how much I just paid to clear my Lambo. Pray for Nigeria…Jesus,” he tweeted early Wednesday.

But as Davido lamented the price for his Lamborghini clearance, fans tackled him for complaining, while there were people who didn’t even have food to eat.

However, Omokri while defending the singer in a series of tweets on his Twitter handle, said Davido has been more useful to the country than the elected president and other officials. .

He tweeted, “Rather surprised at the hard knocks Davido got over the Lamborghini he bought with HIS OWN MONEY. I’d have thought if there were hard knocks, it would be reserved for General Buhari, who bought a ₦280 million Mercedes-Maybach with YOUR MONEY, yet refused to perform.

“Shame on those Nigerians who left a failed government that hides ordinary #COVID19 palliative noodles from the masses, only to badmouth an under 30-year-old Davido, who has shown more love to needy Nigerians than the government.

“Buhari is not in Nigeria as fuel scarcity cripples the nation-you don’t complain. Repentant Boko Haram had a graduation party yesterday as ASUU is on strike- you don’t complain. Davido used HIS OWN MONEY to buy a Lamborghini- you complain.

“During #EndSARS, who killed Nigerians? Buhari. Who protested with Nigerians? Davido. In fact, he was invited to force headquarters for questioning. Davido is more useful to Nigeria than Buhari. Yet, you left the Nigerian government to attack Davido.

“After donating ₦250 million to orphanages, Davido deserves to spend HIS MONEY on a Lambo. He’s also earned the right to complain about the high cost of clearing it, especially when he has singularly done more for charity than the government collecting the clearance.

Continue Reading
You may also like...
Related Topics:Davido, Reno Omokri

“If I arrest this guy, you all will say I’m using celebrity power” – Funke Akindele fumes over Ugly artwork Of Herself
Singer Portable Bags N50m Endorsement Deal With Obi Cubana