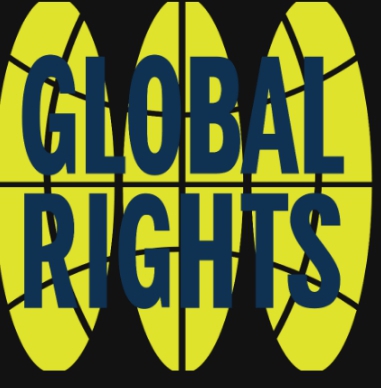 As Nigeria marks its 61st Political independence, an international Rights Group, Global Rights- Nigeria, has queried if the anniversary is worth celebrating or not, given the egregious economic indices which have left the masses not only dumfounded but hapless.

In its August report on mass atrocities that happened in the month of August, the data obtained shows that a total of 645 Persons were Killed while 462 were abducted in different guise across the country which includes 25 security personnel (5 military and 20 Police) officers.

According to the report, 396 people were killed by the hands of bandits, 22 people killed by Boko Haram, 17 People were decimated owing to isolated attacks, 20 people were butchered following different cult clashes, 14 people lives were terminated through extrajudicial killings.

Other atrocious incidents that ended some people’s lives were: Communal clashes which claimed 104 lives, herdsmen attacks which took 21 lives and Mob attacks which rendered 04 lives dead.

In a statement presented on independence day celebration, the Executive Director of Global Rights, Abiodun Baiyewu, affirmed that Nigeria was going through one of its toughest and darkest moments, stressing that boundaries of its nationhood were being sorely tested were peace and Unity have become very brittle words.

According to her, Nigerians are daily contending with endemic insecurity: terrorist attacks and kidnappings rife across the country, saying that other forms of violence from both state and non-state actors had taken on a troubling normalcy. “Citizens are also contending with an unprecedented economic crisis.

Due to terrorist attacks across the country, agrarian communities have been under siege and unable to supply the nation with essential food products, creating food insecurity. The failure of the government to refurbish old refineries or build new ones has resulted in the astronomical rise in the price of petroleum products – the main stay of the nation’s energy starved business sector.

“Industries are struggling under the weight of increased energy cost, with no commensurate increase in the supply. The impact of the covid-19 pandemic has also combined with these factors to exacerbate the already fragile economy, resulting in massive job losses and several businesses closing down. Young people are struggling. Across the nation, the morale of the educational sector is at an all time low.

Several schools have shut down due to terrorist attacks and kidnap of students. Several young people are also out of school due to the economy and the impacts of Covid-19. Parents are unable to meet their critical needs of food, shelter, healthcare and education- this is acutely debilitating,”

Baiyewu, maintained that Human rights violations are also rife, while poverty and insecurity undoubtedly had increased the incidents of human rights violations which are also increasing the already endemic poverty and insecurity across the country. “We could go on listing the knotty issues Nigerians are currently contending with, that makes celebrating the occasion of its 61st anniversary difficult. We choose however to celebrate the resilient spirit of Nigeria and Nigerians! The incredible nation and its people who keep “taking a licking but go on ticking”. We choose to see why the nation goes on. We choose to see why there is a light at the end of this tunnel,”

She added that Nigeria was built not just on British aspirations of a colony on whose wealth and labour will be used to consolidate “Great Britain”. The TRUE Nigeria was built on the grit, sweat and blood of men and women, young and old, abled and disabled, educated or not, a people who not only share the common identity of its geographical perimeters; but also choose to build a Nation they can call their own. Not a nation for their colonialists, their own nation. A legacy for generations to come.

A territory beyond geographical bounda….aries, a prosperous territory in the spirit of brotherhood and unity, where peace and justice reign. They were and are Nigeria’s heroes and we celebrate them.

Nigeria’s heroes are not just pre-independent, or in the early years of post-independence, Nigeria’s heroes exist throughout its rich history, and will be the reason why this nation will go on and surmount its multifaceted challenges.

We celebrate the young women and men who in the face of these struggles have continued to build the foundations, walls, floors, bridges and roof of this great nation. Some names, you may readily identify, but some are extraordinarily ordinary every day heroes who have rolled up their sleeves with defiance and wisdom beyond their age, and insist on a Nigeria of their dreams,” she averred.

He Was Still In Primary School When We Negotiated Independence, Adebanjo Slams Buhari Over Speech
Gunmen Abduct Permanent Secretary In Niger Ministry Of Transport And His Son