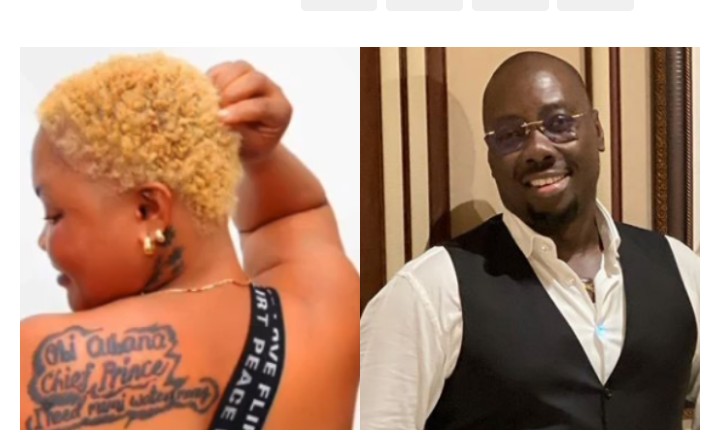 Obi Cubana, a popular business man whose real name is Obinna Iyiegbu has reacted as a fan who tattooed his name on her skin, aso Naija report.

Photos and videos of a lady went viral on Friday, where she tattooed Obi Cubana and his associate’s name, Cubana Chiefpriest, on her upper back.

Reacting to the picture, Obi Cubana wrote in Igbo, “Nsogbu akalia” translated as ‘problem is too much’.

His associate, Cubana Chiefpriest, whose real name is Chibuike Okechukwu, however, sarcastically offered the lady a job.

He wrote in Pidgin, “Make she come collect uniform do waitress job. Make she choose which branch she wan work ! No be only Chief prince, na Chief king.”

Obi Cubana, who has had a lot of mentions in the media in recent times, recently clinched the 2021 Man of the Year award.

It was reported that the businessman was voted by Nigerians at home and in the diaspora via online platforms in a 14-day Leadership Excellence Awards.

Tiwa Savage To Critics: Don’t Speak Of My Leaked Sex Tape Again, I Own My Sh*t
Man Sets Wife Ablaze After She Travelled Home For Her Mother’s Burial