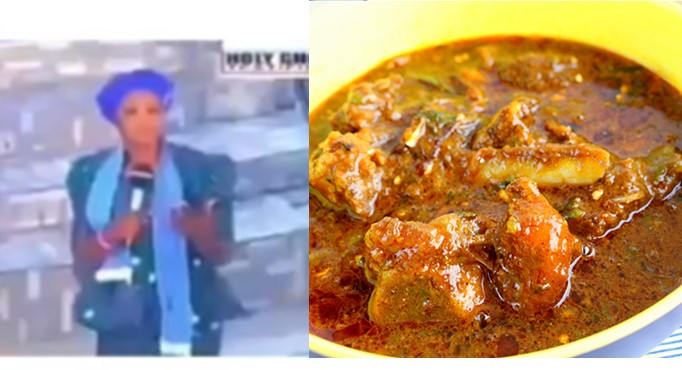 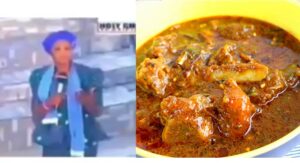 A female Nigerian Pastor has advised Nigerians who like to eat “draw” soup in public to stop doing so.

This soup is the common name for soups such as okra soup and ogbono soup mainly eaten in Nigeria.

According to the cleric, “draw” soup is used by agents of darkness to bring people into the underworld.
She said this during a church sermon while warning her church members to repent and not to cook soup for their own salvation.

READ ALSO: Trending Video: Minister Of Defence Reportedly Seen Carrying A Machine Gun On His Way To Work Due To Insecurity

”Let me open your eye today now, see, hear this, you are in a spiritual church. If you like eating draw soup outside, repent from today. Draw soup is one of the soup that kingdom of darkness easily use to enter somebody,” she said.

“i Have Given It To The Only Man Who Deserved It” – Lady Who Married As A Virgin Writes As She Celebrates Her Wedding To Her Man.
Man Catches Wife In Bed With His Friend, Tells Him To Pay N893k And Take Her