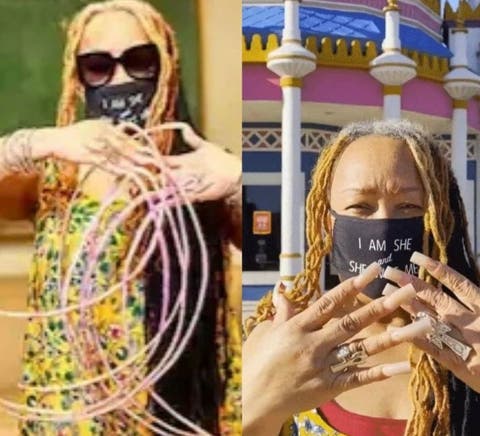 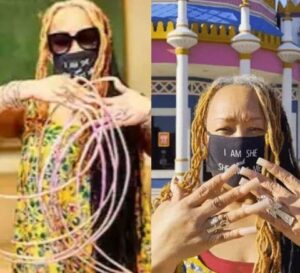 In 2017, Ayanna Williams broke the Guinness World Record for the world’s longest fingernails. According to her, she last cut her nails in the 1990s before she started growing them to 19 feet long.

Ayanna eventually cut her nails over the weekend, after 30 years of not cutting them. She revealed that she is cutting them shorter to perform some house chores she wasn’t able to do when they were long.

READ ALSO: Lesbians are snatching the most attractive girls from us – Man laments.

She also disclosed that it takes her three to four bottles of nail polish and over 20 hours to do her manicure before cutting her nails.

The nails will be placed at the “Believe it or Not” museum in Orlando, Florida. However, she said she will regrow her nails again to about six inches.

See the before and after photo of her nails below. 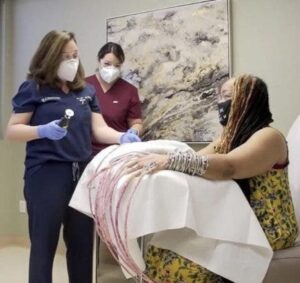 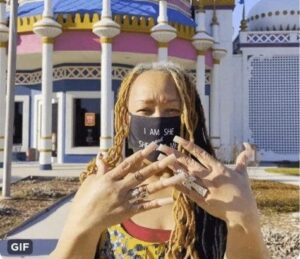 Continue Reading
You may also like...
Related Topics:Entertainment, Guiness book of records

Lesbians are snatching the most attractive girls from us – Man Cries out
“My pastor says Wizkid is one of the devils in hell; Machala means devil” – Man argues