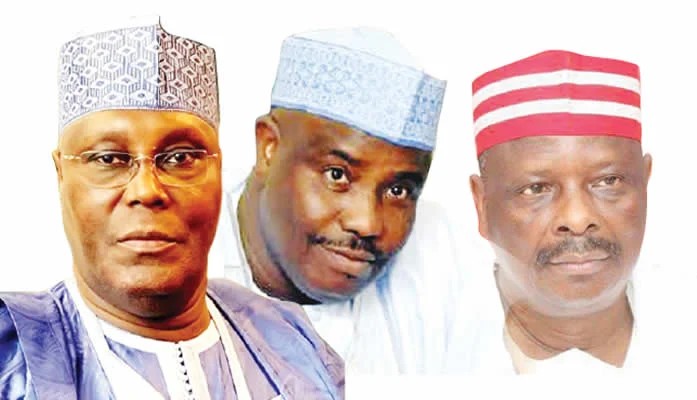 The Southern and Middle Belt Forum have made assertions that all political parties zone their presidential ticket to the South.

Following this assertions, Atiku, Tambuwal, Kwankwaso might be in trouble because the decision is not in their favor.

The politicians include former Vice President Atiku Abubakar, who had contested for presidency on three occasions, Sokoto State Governor, Aminu Tambuwal and an ex-governor of Kano State, Rabiu Kwankwaso.

Kwankwaso, while featuring on Sunday Politics, a current affairs programme on Channels Television on Sunday, dismissed the power rotation between the North and the South.

The demand is contained in a communiqué issued at the end of a meeting of the leadership of the groups in Abuja on Thursday.

Also at the event were the National Chairman of Pan Niger Delta Forum, Senator Emmanuel Essien, as well as former governors and ministers.

Continue Reading
You may also like...
Related Topics:Atiku, Kwankwaso, Tambuwal