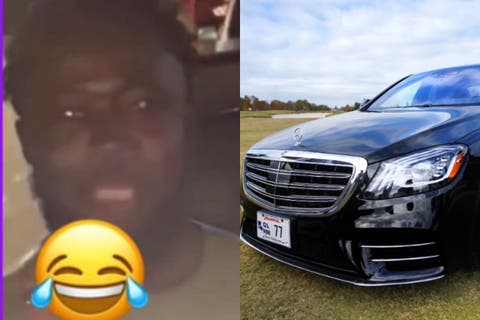 I Killed My Mom To Buy Benz, You Can Kill Your Mom too – Ghanaian Yahoo Boy

A Ghanaian Yahoo boy has stirred up the internet after he made a rather shocking insinuations about the secret to his wealth and how he acquired his new Benz car, aso Naija reports

The suspected yahoo boy and ritualist revealed that he killed his own mother to acquire the car.

In a video sighted on social media, the young man confessed to having killed his mother to acquire his new exotic car, hence if any of his peers are jealous of his success, they can also kill their mother for Benz.

Watch Video Via Link Below:

Mummy G.O: ‘HELLO’ Is A Demonic Word, You’ll Go To Hell If You Say It (Video)
Mummy G.O (Video) :“Your First Semen You Produce Holds Your Destiny Code”