The Nigeria Centre for Disease Control has confirmed 676 new cases of Coronavirus infections (COVID-19) in the country, bringing the total number of infected people to 131,918.

The NCDC made the figures available on its official website late Monday, aso naija gathered.

According to NCDC, COVID-19 infections dropped for the second consecutive day on Monday.

NCDC also disclosed that 21 coronavirus-related deaths occurred in the last 24 hours, bringing the total death toll to 1,607 in Nigeria.

It stated that the 676 new cases were reported in 18 states and the Federal Capital Territory (FCT).

The agency said that Lagos State topped the list with 227 new infections, followed by Rivers with 73 newly infected people; Niger 69 and Plateau 56 cases.

Fifty cases were recorded in the FCT; Kano-44, Oyo-43, Ogun-27, Gombe-18, Ondo-15, Enugu and Osun had 10 each; Cross River and Edo got eight infected people each; Nasarawa had seven; Bauchi, four; Kaduna, three and Ekiti and Zamfara had two each. 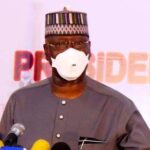 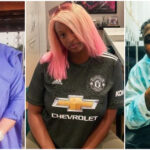