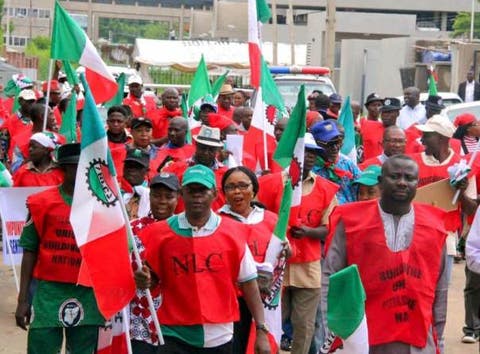 The Nigeria Labour Congress (NLC) has announced dates for protests against the removal of fuel subsidy.

Mass protests against the Federal Government’s plan to remove fuel subsidy are scheduled for January 27 and February 1, 2022, according to the body.

According to the statement, the NEC has agreed to oppose and protest the Federal Government’s planned rise in the pump price of petrol, describing it as “extremely insensitive to the acute hardship being experienced by Nigerian workers and people.”

Instead of importing petroleum products, the government should foster the local capacity to refine them for home consumption, according to the body.

The NLC announced that in response to its rejection and opposition to future increases in the price of petrol, it would hold protest rallies in all 36 states of the federation on January 27, 2022.

It went on to say that this will culminate in protest letters being sent to all 36 state governors.

According to the body, a national protest will be held in Abuja on February 1, 2022.

If the government decides to disclose new petrol prices before the planned rallies, the protests will begin immediately and without further warning in every state of the federation and the Federal Capital Territory, according to the body.

Continue Reading
You may also like...
Related Topics:Nationwide Protest, NLC