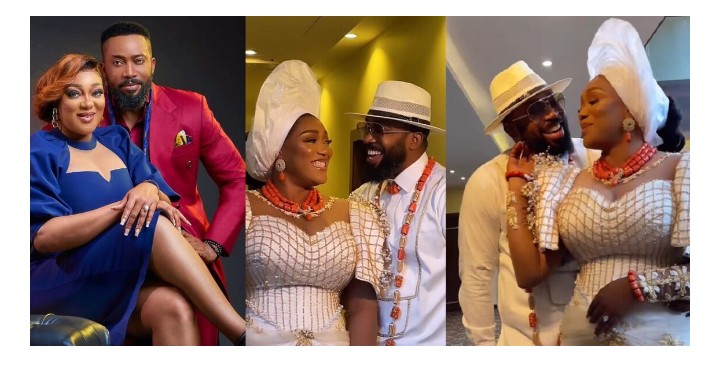 The actress, who married over the weekend while sharing their unique love story and how they dated for seven years before finally getting nuptial, said her husband was loyal to their relationship throughout those years and pleaded for him not to change. She showered praise on her husband, describing him as a prayerful man, her best friend, true to his words, and someone who has proven his  love for her time and time again.

lady be patient with your man Peggy ovire advice all ladys pic.twitter.com/9Z5VDjEhXa

She described herself as ‘lucky’ to be married to someone like him, and advised fellow ladies to be patient with their partners.

“I saw a man that is not a womanizer and most importantly that’s why I stayed for this long. Please don’t change, Fredrick is one man that I can beat my chest on, despite what everybody is saying, that he doesn’t womanize. I will love you, I will respect you”. She said in part.

Mean while on Twitter, users have gone all the way to take meme out of the statement she made of her husband . Many noted that it is not possible for a man to stay loyal for long.

See some of their reaction embedded In a post Below: 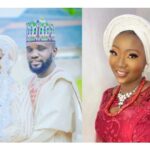 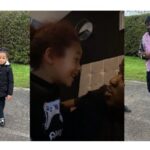