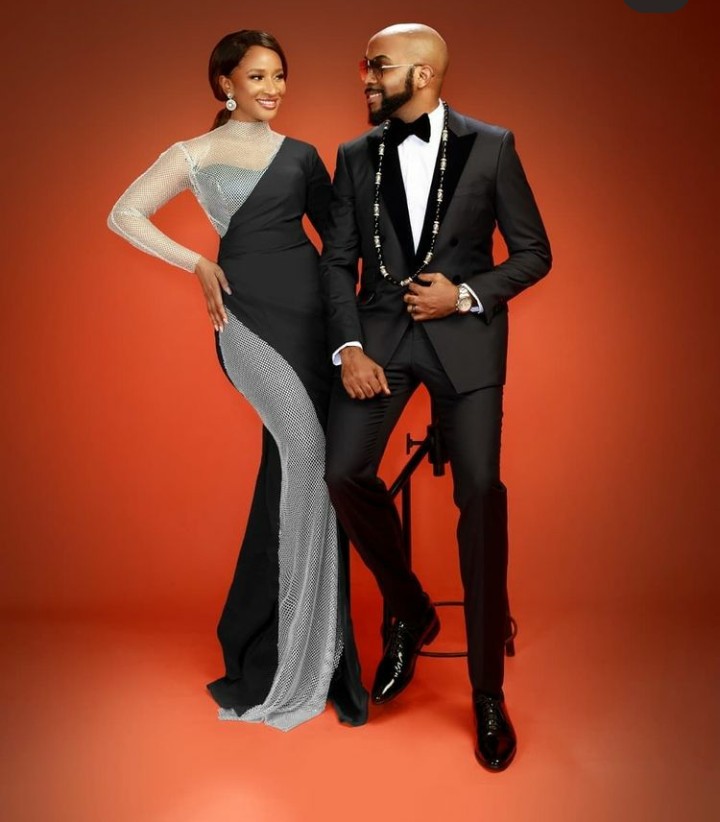 The couple welcomed their first child, Zaiah, earlier this year.

Taking to their individual Instagram account, the duo sent loving and heart melting messages to each other as they celebrate their fourth year being in love, aso Naija reports.

The singer while eulogising his wife wrote, “You’re my song, my rhymes, my heart, my light, my muse, my melody, my everything, my Wife.
I’ll be writing about you for the rest of my life because you’re the best of my life. I love you now more than ever. I’ll love you 4ever. Happy Anniversary Shuga.”

In response to his loving message, the ace actress also used her Instagram page as a medium to celebrate her husband during their anniversary.

She wrote, “You will ALWAYS be my favourite part of me’. Without you, I’d be living in black and white’. Baby daddy, my Zaddy, you mean the world to me. Happy 4th Year Anniversary Bubba. I love you. Forever. Truly, madly, deeply.”

Olubankole Wellington, popularly known by his stage name Banky W and credited in film as Banky Wellington, is a Nigerian singer, rapper, actor, entrepreneur and politician.

Tolulope Adesua Etomi-Wellington professionally known as Adesua Etomi is a Nigerian actress. In 2014, she starred in her first feature film Knocking On Heaven’s Door. She won the Best Actress in a Drama award at the 2016 Africa Magic Viewers Choice Awards for her role in the 2015 romantic drama film Falling.