Peace has emerged as the first Head of House for the Big Brother Naija Shine Ya Eye season, and she has picked Yousef as her deputy.

With thier new positions, they both have exclusive access to the Head of House room.

However, for this season, other housemates can visit the room for two days, excluding sleep overs.

Also, Peace and Yousef are automatically saved from eviction this week because of their new roles.

Following this development, fans have taken to Twitter to react as Peace chose Yousef as her deputy.

A tweep, @itoro261, said, “I wanted Yousef to win HOH but I’m glad Peace chose him as her deputy HOH. Congratulations to Peace on becoming the HOH on week one.”

Another tweep, @emazkid7, wrote, “Peace and Yousef will really enjoy the HoH lounge this week.”

As usual, some of the fans presumed the new roles as an indication that the duo will begin a relationship in the house.

@balogundavinso1 wrote, “Something for the shippers. Oh God they look good together. Congrats Peace and Yousef.”

“We plan, but God decides. People were are planning that Emmanuel and Liquorose will be their first ship but Baba God said NO l, it is Peace and Yousef,” @_colbykasongo wrote.

@djcruzpro tweeted, “And just like that, Peace saved Yousef from eviction on Sunday.” 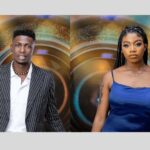 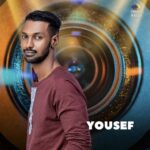