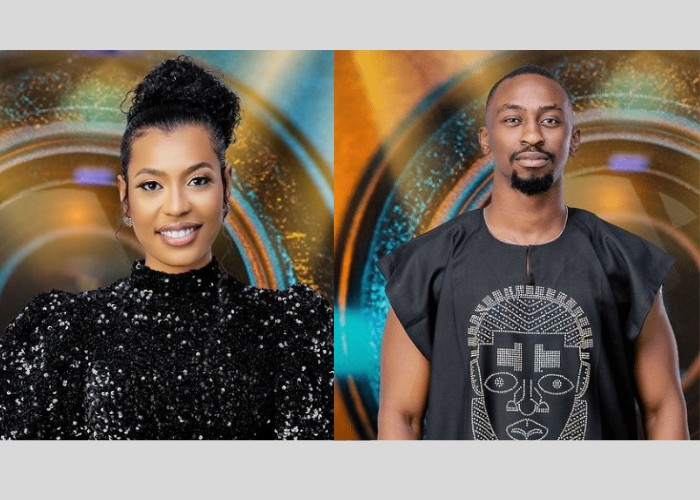 Big Brother Naija Shine Ya Eye housemate, Nini, said that she only wants to be friends with Saga and nothing more, aso Naija reports.

She said this on Friday night, day 62 of the show, as the duo talked about their earnings in the house.

Nini told Saga, “You have won like how many millions in this house? You’re supposed to give me 30 per cent.”

“See you saying I got you. Sweet mouth, I don’t want your money,” Nini said.

Nini, however, insisted that she did not want his money and it was only a joke.

“You don’t want my money. Then what do you want from me?” Saga asked.

Nini answered, “Nothing. Nice friendship and stop being annoying.”

This comes after Saga stated that he ended his three-year relationship before coming on the show.

Though Saga stated that he has no relationship outside the house, it appeared that he may be pursuing one in the show, with Nini.

Nini and Saga are undoubtedly one of the closest duos in the house and Saga had made it known that he loved her beyond friendship level.

However, their ‘ship’ is one of unrequited love because Nini refuses to agree that they are more than friends as she always claims that she has a boyfriend outside the house.

BBNaija S6: Nobody Can Take Me Away From You, Whitemoney Assures Queen
BBNaija S6: Saga Wins N2.5m, Ambassadorship Deal In Lipton Task