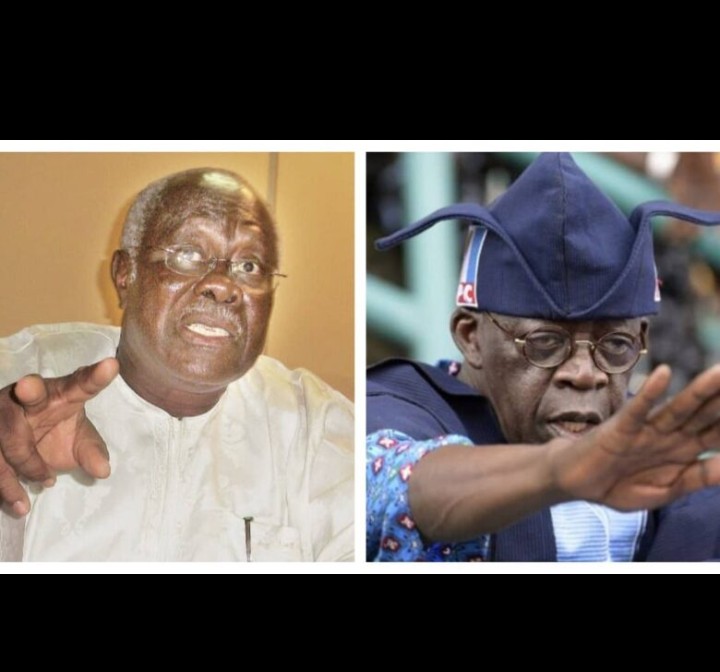 Ex-gov Of Ondo Bode George, Vows To Relocate To Ghana if Tinubu Becomes President Of Nigeria

George said that Tinubu’s aim is to install his family members in sensitive positions if he ever becomes the president.

He also added that the former Lagos state governor hasn’t done anything to deserve the coveted seat.

He said, “I am happy the president has signed the new electoral bill. If by whatever chance he (referring to Tinubu) gets to the villa, I won’t be part of this country.

“And I am not joking. I can go to Ghana, live in Ghana and be watching with binoculars from afar. You will see what will happen.

“This is Alpha Beta in Lagos. He will create some Alter Beta somewhere to carry your money. His wife will now be senate president. His son will be governor of Lagos. His daughter will be Iyaloja of Nigeria.

“What has he done to prove that he deserves to be honoured by anybody in this country?”

“Nothing personal. In fact, my niece called me. She said ‘some of their people are spinning that he gives me money. That Bola gives me money’.

“Let him bring the money. I will tell him to follow me to Lagos Island — people who are hungry are there. I grew up there — in Lagos Island.”