Davido’s lawyer has finally disclosed that davido write his song ‘JOWO’ himself with the help of others in producing the song, aso Naija reports

Timelier, a Nigerian man recognized as Thuglife on Twitter made the claims on the social media platform where he disclosed that Victor AD substantiated the song theft.

READ ALSO: Victor AD responds to rumors that Davido stole the song Jowo from him

The fan had earlier said that Victor AD confronted Davido after he had stolen the hit song but he shut off him from all his social media pages and threatened to destroy him if he speaks of it publicly.

He tweeted:
Victor AD just confirmed davido stole his record “Jowo”. according to AD; OBO heard d song after they recorded “Tire You”. He was surprised to see d song on ABT without him/his mgt consent; He said David blocked him on Socials & threatened to ruin him. This wickedness

But Davido’s lawyer has finally disclosed that David wrote the song. 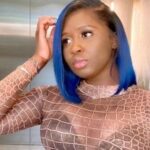 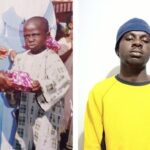