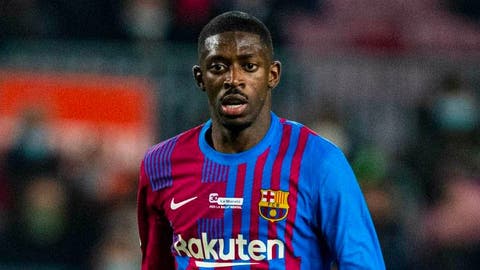 Ousmane Dembele is in for over a permanent transfer to Paris Saint-Germain before the January transfer window closes, aso Naija reports.

Barcelona want £20m for the transfer.

Dembele reached a verbal agreement with PSG on Sunday, despite interest from the Premier League, Skyspors reports.

His representatives Moussa Sissoko and Marco Lichtsteiner are working to find a solution for the winger.

The 24-year-old joined the club from Borussia Dortmund for £135m in the summer of 2017 – just weeks after Neymar’s world-record move to Paris Saint-Germain – but has struggled with injuries for much of his time in Spain.

Dembele has started just six matches this season with his only goal coming in the Copa del Rey victory at third-tier Linares earlier this month.

Continue Reading
You may also like...
Related Topics:Ousmane Dembele, Sport