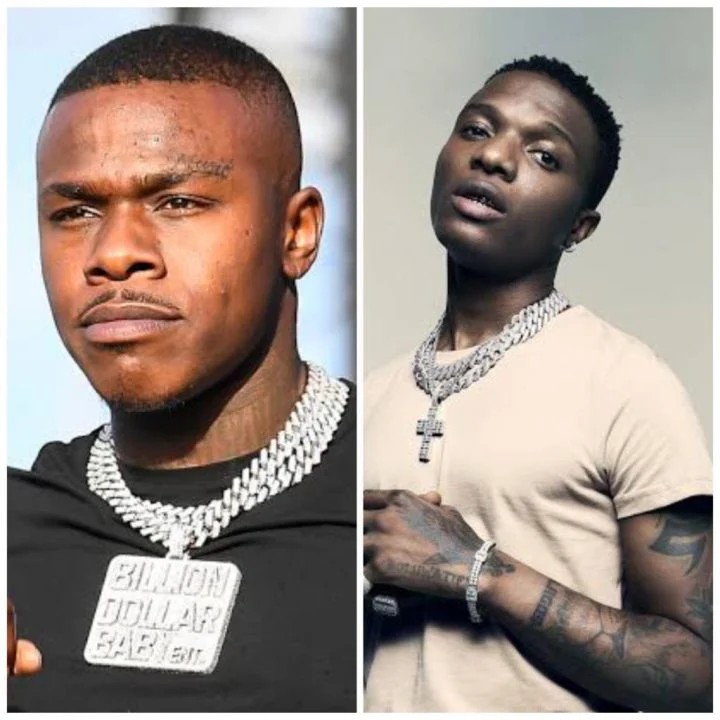 Wizkid’s hit song, Essence, is no doubt bringing stars together at their premiums, aso Naija reports.

American superstar rapper, DaBaby, has done a remake of the song. Moreso, DaBaby shot an official video for the two minutes freestyle which he posted on his YouTube channel.

The video which was posted a few hours ago has so far garnered over 620,000 views with about 7,500 comments.

Ever since the song’s release, it has been a favourite among many people around the world. The song has been tagged ‘the song of the summer’ by Canadian superstar singer, Justin Beiber, who featured on the remix of the song and further shot a video for his verse as well.

Thanks to its new remix with Justin Bieber, Wizkid’s Essence featuring Tems moved into the top 10 of Billboard’s Hot R&B/Hip-Hop Songs chart with a 13-5 lift on the chart. The updated version —- now with Bieber also as a featured act —- continues the single’s rise as the latest crossover success for the Afrobeats genre.

With the gain, Wizkid secures his second top 10. He previously visited the region as a featured act, alongside Kyla, on Drake’s “One Dance,” which was No. 1 for a then-record-tying 18 weeks in 2016. Tems earns her first top 10 upon her first appearance on the chart.

Furthermore, the remix of the song holds the number seven position on Apple Music’s Top 100: Nigeria. On August 31, 2021, the Grammy-winning superstar’s song, Essence featuring Tems became the most searched song on the music search platform, Shazam.

A Twitter account, operated by Shazam while congratulating the Star Boy tweeted, “Big congrats to @wizkidayo!! #Essence is now the most Shazamed song in the United States.”