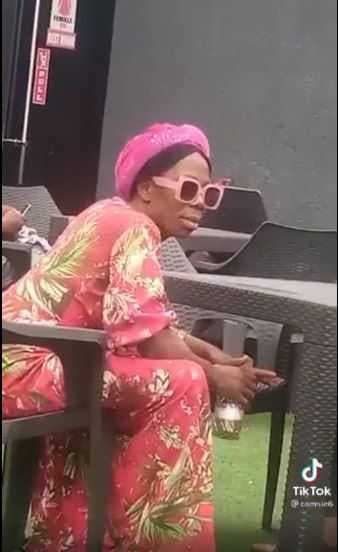 Evangelist, Mummy G.O has been allegedly spotted taking beer with a man at a joint.

She was spotted drinking beer with a man at a joint.

Funmilayo Adebayo  is known for her critics and drags on social media.

The controversial preacher was seen in the alleged video taking a sip of her drink while conversing with the man at her table.

She became a viral internet sensation after her controversial preachings and outright condemnation of people to hell.

Watch Video Via Link Below:

Continue Reading
You may also like...
Related Topics:Mummy G.O