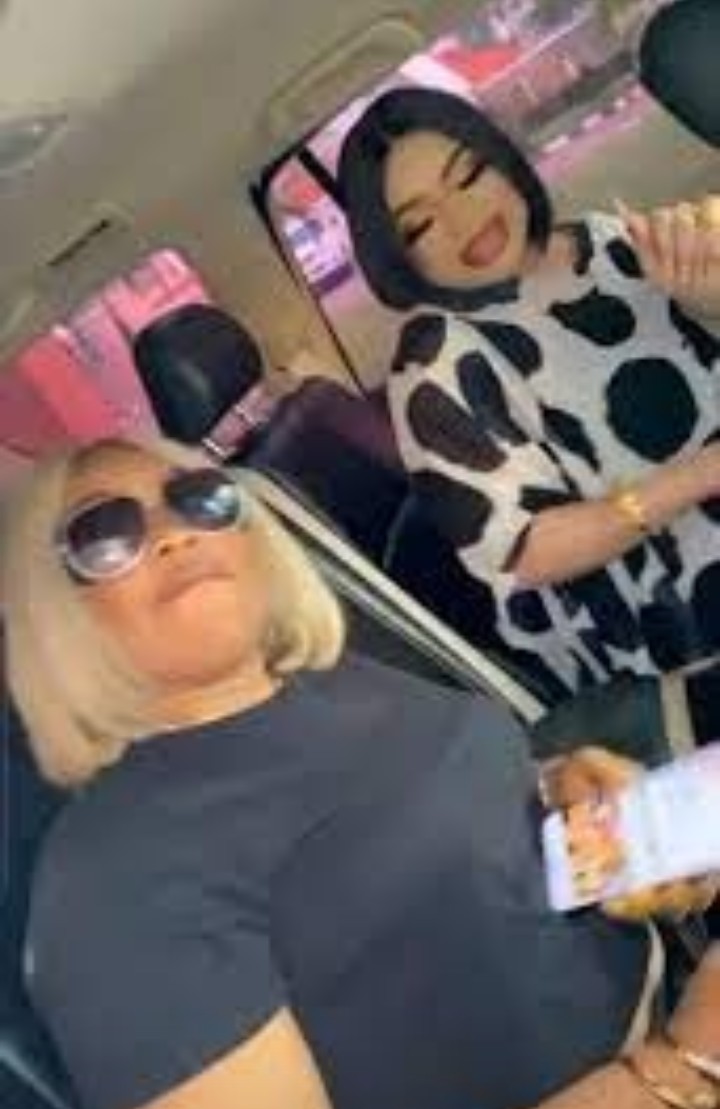 Reactions as Bobrisky shows off his girl.

Bobrisky, a controversial crossdresser whose real name is idris Okuneye has taken to Instagram to show off his ‘girl.’

The Lagos mummy (as he likes to be called) posted a video of himself having a blast with a lady he referred to as his ‘girl.’

Bobrisky was seen having a wonderful time with Blessing Osom, an Abuja-based entrepreneur, in the viral video.

This comes only weeks after Mompha sued the crossdresser for N1 billion in damages for libelous and defamatory writings made against him.

Mompha accused Bobrisky of not disputing a claim made by his (Bobrisky’s) former employee, Oyemyke, about them being homosexual partners in a lawsuit notice he posted on his Instagram page.

According to wikipedia, Bobrisky is a Nigerian transgender woman and LGBT personality. She is also known for her presence on the social media apps Snapchat and Instagram.

Continue Reading
You may also like...
Related Topics:Bobrisky, Mompha