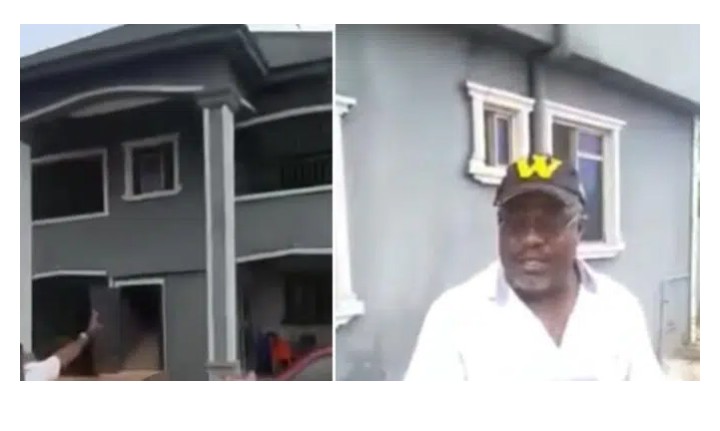 “The land alone is N9.5m” – Man cries out as wife disappears after selling his massive house for just N10 million

A Nigerian man has cried out on social media after his wife sold his huge house property for just N10 million and ran away.

According to the elderly man, he travelled out of the state when he heard that his wife had sold his property.

This made him rush down to the state only to discover that she sold it for a small amount of N10million.

He lamented that he bought the land alone for 9.5 million naira, paid agency fee, paid lawyer, paid N500,000 for community development and his wife sold it for just N10 million.

He pleaded for his video to go viral to enable him catch his wife who is currently on the run.

“I’m traumatized” – Nigerian model laments the ‘damaged’ condition of her face after she went for a facial
After three years of dating, man finds out wife has male organ on wedding night (Video)